You don't have any saved vehicles!

Look for this link on your favorites:

Once you've saved some vehicles, you can view them here at any time.

CALL US FIND US

Anyone who has loved the Jeep® brand of vehicle won’t be surprised to learn that they’ve just won more awards to add to their already staggering list of excellence. At the North American International Auto Show, which was held earlier in 2018, the FCA USA LLC took home several of the IHS’s Markit awards, including specific awards for the 2017 models of the Jeep Grand Cherokee and Jeep Wrangler. Come test drive and learn more about this stunning make here at Covert Chrysler Dodge Jeep Ram, conveniently located in Austin, TX.

The Jeep® Grand Cherokee is the King of SUVs

Among all of the winning vehicles, the Jeep® brand as a whole had its second win in a row with the Highest Conquest Performance. In addition, the 2017 Jeep® Grand Cherokee took home highest model loyalty from the non-luxury mid-size SUV segment for the fourth year in a row and for the ninth time since these awards started. That’s something to be proud of, and is a nod to the excellence of exterior, interior, and powertrain that are merged seamlessly in the 2018 Grand Cherokee.

With 25 years under their belt, the Jeep® Grand Cherokee is the most awarded SUV ever created. That’s why owners continue to purchase this brand year after year. Has there ever been a better time to test drive the 2018 Jeep® Grand Cherokee? We don’t think so.

The Jeep® Wrangler Heightens the Adventure

For those who enjoy the rugged, adventurous feel of the Wrangler, you’ll be happy to know that the 2017 Jeep® Wrangler was the winner of the highest model loyalty in the non-luxury compact SUV segment. This was the second time in a row for the Wrangler, and while the award was for the 2017 model, the new 2018 Jeep Wrangler continues the excellence into the future for Jeep drivers and enthusiasts everywhere. The iconic Jeep® Wrangler has long been seen as the most capable vehicle driven around the world. You can also be one of the many who look sporty in the 2018 Jeep® Wrangler.

The time is perfect for you to test drive new Jeep® vehicles in Austin, TX. Simply head on over to visit us here at Covert Chrysler Dodge Jeep Ram and test drive new cars near Round Rock, TX. Our experienced and trained staff is equipped and ready to get you into an award-winning vehicle today. We won’t quit until you’ve found the vehicle you want for a price you can be proud of, so contact us to learn more.

You don't have any saved vehicles!

Look for this link on your favorites:

Once you've saved some vehicles, you can view them here at any time. 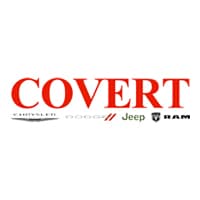